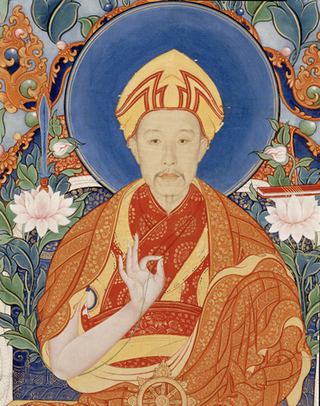 This article in Diplomat is a must-read. Buddhism entered China from India via the Silk Road, and from China, entered Japan and Korea, then Southeast Asia.

The Silk Road provided not only a trade route, but the caravan roads in Xinjiang, the northern and southern routes, where ideas, art, fashion, food, music, and craft and technology mingled and where cultures influenced each other.

This is why there are monumental Buddhist sculptures along the Silk Road and complexes of meditation caves at Dunhuang.

Today's Xinjiang is sad for many reasons, but the ethnic suppression that is a hangover from the old Leninist views on nationalities, created by Josef Stalin, is an egregious violation of human rights.

Keeping the peace with Buddhists in Tibet and Mongolia, the Chinese emperor pictured above, appears as a boddhisattva, a being who vows to help all beings attain enlightenment. What is enlightenment but advanced consciousness?

This is why I am going to set a work of espionage in Xinjiang. Stay tuned for excerpts to be published here.